The data is displayed as a pie chart. Functions available are as described for Allergies at the beginning of this chapter. 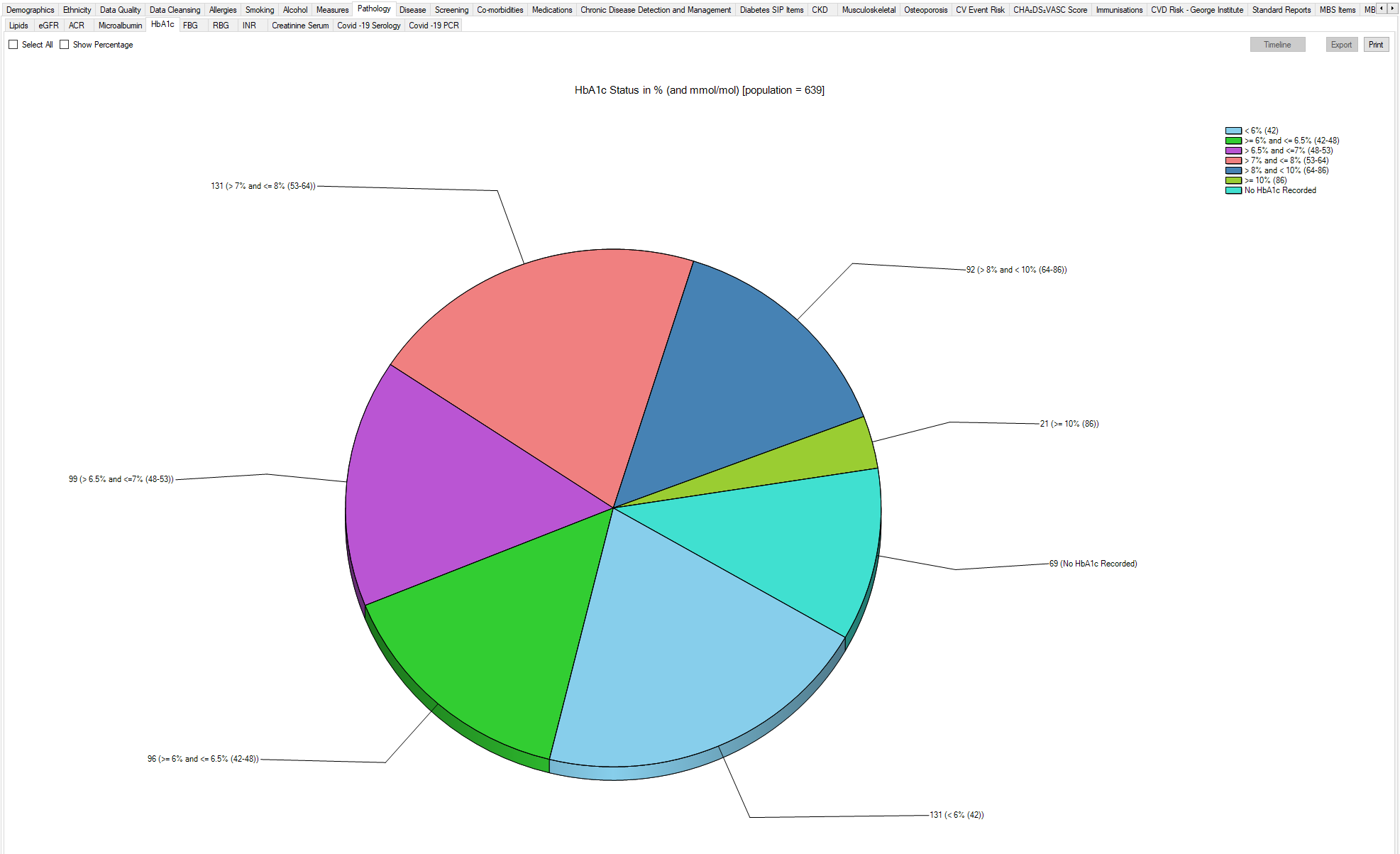 The CAT4 HbA1c graph will now report both % and mmol/mol. The MD and BP extractors will extract both units and the most recent result will be used. A conversion to the alternative units will be implemented using the conversion algorithm below:

Other graphs/reports that currently report in % will continue to display the % value.
The % sign will be included for clarity about which units are being reported
The most recent result will be used and a conversion back to % will be applied if the most recent result is in mmol/mol.

The HbA1c mappings are provided in the 'General Data Mappings' Appendices under Measurements for each clinical application.